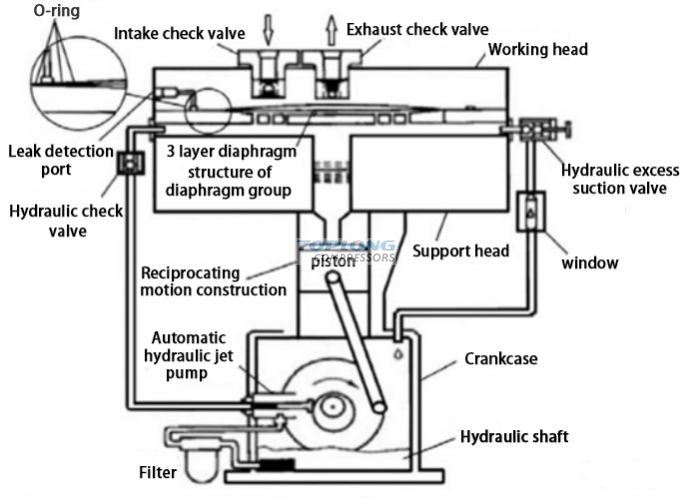 The power cylinder of the liquid drive compressor is directly connected with the working chamber of the reciprocating pump. The piston of the reciprocating pump drives the compressor piston through the liquid (mostly oil) to compress the gas.The middle part of the liquid drive compressor is two opposite cylinders, the plunger is a piston to compress the hydrogen, and the upper part is a control slide valve to release the oil in the power cylinder.This structure can be made into multiple columns and therefore more power.

Ionic liquids are commonly used in automation, aerospace, electronics or energy, as engineering fluids or new materials.Ionic liquid itself is almost incompressible, with almost no vapor pressure, and can replace the metal to produce high pressure under isothermal conditions, and can run for a long time without maintenance, saving energy consumption.The structure of ionic liquid compressor is simple, compared with the parts of ordinary compressor, so it is convenient to maintain.At present, it has been used in some natural gas filling stations and hydrogen energy supply stations abroad, and the maximum exhaust pressure can reach more than 90MPa.

The performance comparison of diaphragm compressor, liquid drive compressor and ionic liquid compressor is shown in Table 1 below. 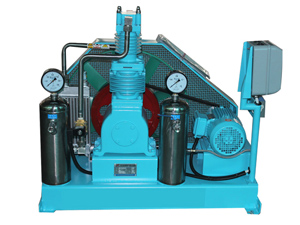 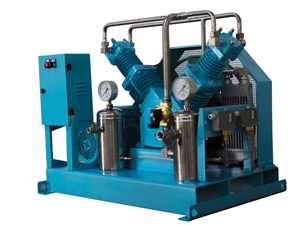